‘Biodiversity’ is the astonishing variety of life on earth, from starfish to blackbirds; from oak trees to ants; from blue whales to bumblebees. It exists on multiple levels. Biodiversity refers to the variety of habitats and ecosystems as well as species – as I witnessed on The Life Cycle journey, which took me through habitats as different as the Atacama desert and the Ecuadorian Cloud Forests. And it’s variety within species too; the genetic variation within a species of, say, blackbirds or starfish or whales. Roughly 1.7 million species of animals, plants and fungi have been identified. There are probably around 8-9 million species in total, though some estimates put it as high as 100 million.

What’s happening to it?

We are now losing species about 1000 times faster than they would go extinct naturally. There are currently 93,777 species on the International Union for the Conservation of Nature’s ‘Red List’ of threatened species; an assessment of the conservation status of animals, plants and fungi species around the world. In terms of populations, the most recent WWF Living Planet Report reveals that, globally, we’ve lost over 50% of our populations of fish, birds, mammals, amphibians and reptiles in the last 40 years. Without major changes, we could lose two thirds in the period between 1970 and 2020. The rate and scale of loss is so huge it’s been called ‘The Sixth Great Extinction’ – a mass extinction on earth caused for the first time by a resident species. Us. 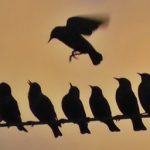 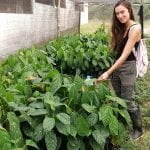 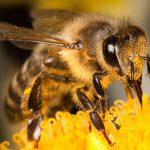 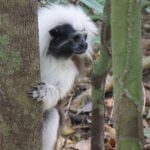 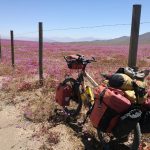 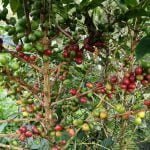 Why does it matter?

Two main reasons. The first is a human-centred one. The diversity of life gives us ecosystems; and ecosystems give us so-called ecosystem services that are absolutely necessary for human life and well-being. Ecosystem services include things we literally cannot live without, like fresh water, pollination, soil fertility, clean air, a stable climate etc as well as ‘soft’ services like beauty and opportunities for wonder and recreation. To put it in different language, the diversity of life creates the web of life, on which we all depend. When we damage the web of life, we damage ourselves. Some scientists have argued that biodiversity loss poses an even bigger threat to human life and wellbeing than climate change. And the two issues are deeply interconnected in all sorts of ways.

“The value of biodiversity is that it makes our ecosystems more resilient, which is a prerequisite for stable societies; its wanton destruction is akin to setting fire to our lifeboat.” – Johan Rockstrom

A really important point is that, in creating and sustaining the web of life/functioning ecosystems, ‘critical minifauna’ such as insects and soil micro-organisms are key; as much or more so than the ‘charismatic megafauna’ that are the iconic images of species extinction, like polar bears on dwindling ice or tigers in diminishing rainforests. Having said that, from the perspective of the whole history of life of earth, most species are extinct; so any species that exists now is the embodiment of a vast amount of learning about how to live and adapt successfully to the ever-changing conditions on earth. Seen like that, it can be argued that when we wipe out other species, we are ‘burning the library of life.’

The second reason goes beyond the fact that we need biodiversity for our survival and well-being. It’s not just about us.

All life depends on biodiversity and successfully functioning ecosystems. And the millions of species we share the planet with are every bit as entitled to be here as we are. The metaphor of community is helpful here – we live in ecological communities as well as social ones. Like any community, we each have different roles to play and we are all interdependent. But the other members of our ecological communities also merit respect and compassion independently of their usefulness to us, just as they do in human social communities. To put it another way, other living beings have intrinsic as well as instrumental or usefulness value.

These two arguments for protecting biodiversity are summarised in the short film about building the bamboo bike and the aims of The Life Cycle journey here. 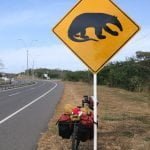 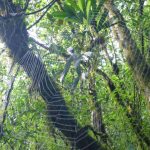 The web of life…. 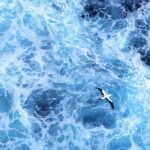 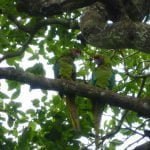 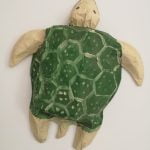 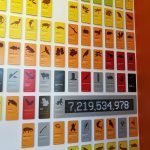 What can and is being done to protect it?

I’ll be answering this in full in The Life Cycle book…Watch this space!

On The Life Cycle journey I encountered a huge range of inspiring actions and activists, from a school whose entire curriculum was based on turtles to a national government that introduced ‘earth rights’ legislation into its constitution; from a local community fighting to protect their cloud forest from the impacts of copper mining to farmers working to protect and promote traditional, organic, biodiversity-friendly coffee farming methods; from local fishermen working with an international NGO on a campaign against industrialised over-fishing to a woman who bought up huge swathes of Patagonia to turn them into nature reserves.

These stories, and many others, all have relevance for the UK and internationally. Positive action on behalf of biodiversity is and needs to be taken on multiple levels: individually, locally, nationally and internationally; by multiple agents, from individuals to NGO’s to local communities to businesses to national governments to international bodies like the UN; and in multiple ways, from planting insect-attracting seeds to changing legislation; from creating more nature reserves to joining them up to create conservation corridors; from changing damaging mining and fishing practices to constraining corporate power, strengthening local democratic processes and challenging the dominant western worldview in relation to humans and nature.

There’s much we can do that achieves important short-term gains. But, at the end of the day, to achieve long term enduring protection of biodiversity we need system change. The main drivers of biodiversity loss, of the self-destructive damage to the web of life are, ironically, the dominant ways we’re currently meeting our needs (and beyond needs) – it’s habitat loss and degradation caused by farming, mining, overfishing and over-hunting, pollution, invasive species and climate change. It’s our consumerism-fuelled growth-dependent globalised, linear economic systems…. In modern industrialised societies, we need different ways of understanding and valuing humans and nature; and very different ways living and working. Ways that provide high quality human lives for all, that are compatible with the living and flourishing of ecosystems and the rest of life. The ultimate win/win. The solutions are out there.

“It is that range of biodiversity that we must care for – the whole thing – rather than just one or two stars.”  – Sir David Attenborough 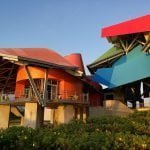 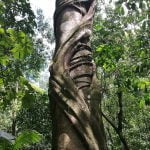 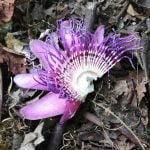 How you know the monkeys have eaten breakfast…. 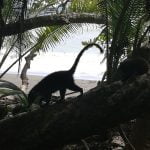 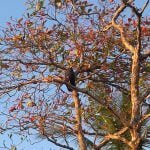 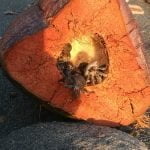 What you can do

Know and care.
Find out more about the issue, its causes, why it matters and what can be done. See links and suggestions below. Tell everyone.

Consume like a citizen of the earth.
In general, less is better. Eat less meat, buy less stuff. Find out where it comes from and what its footprint and impacts are. Whatever it is, from food to furniture, less and better quality – more local, more organic, better produced – is a good rule of thumb. Defy fashion! Buy long lasting, ethically produced stuff.

Be politically (and generally) visible.
There are many changes we need that only politicians can make; but politicians are cautious creatures. They will only act with our mandate. Joining organisations helps with this, as well as lobbying, marching, signing petitions, writing to MP’s and of course, voting! Be vocal about the importance of all this, wherever you are.

Cut the carbons.
Climate change is a huge driver of biodiversity loss. Find out where your largest carbon – and other environmental – footprints lie, and reduce them. (Usually: flying, meat-eating, other energy uses, buying stuff.)

Hang out with the other-than-humans.
Like many clichés with a huge grain of truth, the importance of reconnection with nature, whether that’s in a city park or a mountain wilderness, is hard to overstate. Take your kids (and yourself!) outdoors. It doesn’t always need to be far. There’s a multitude of organisms in a window box, and the blackbirds singing on the telegraph pole or the sparrows in the ivy on your house are every bit as fascinating as the polar bear. 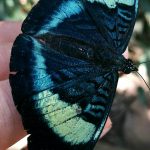 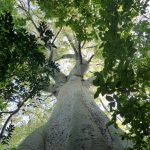 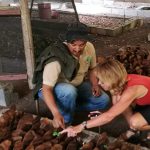 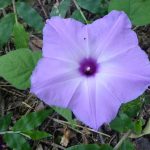